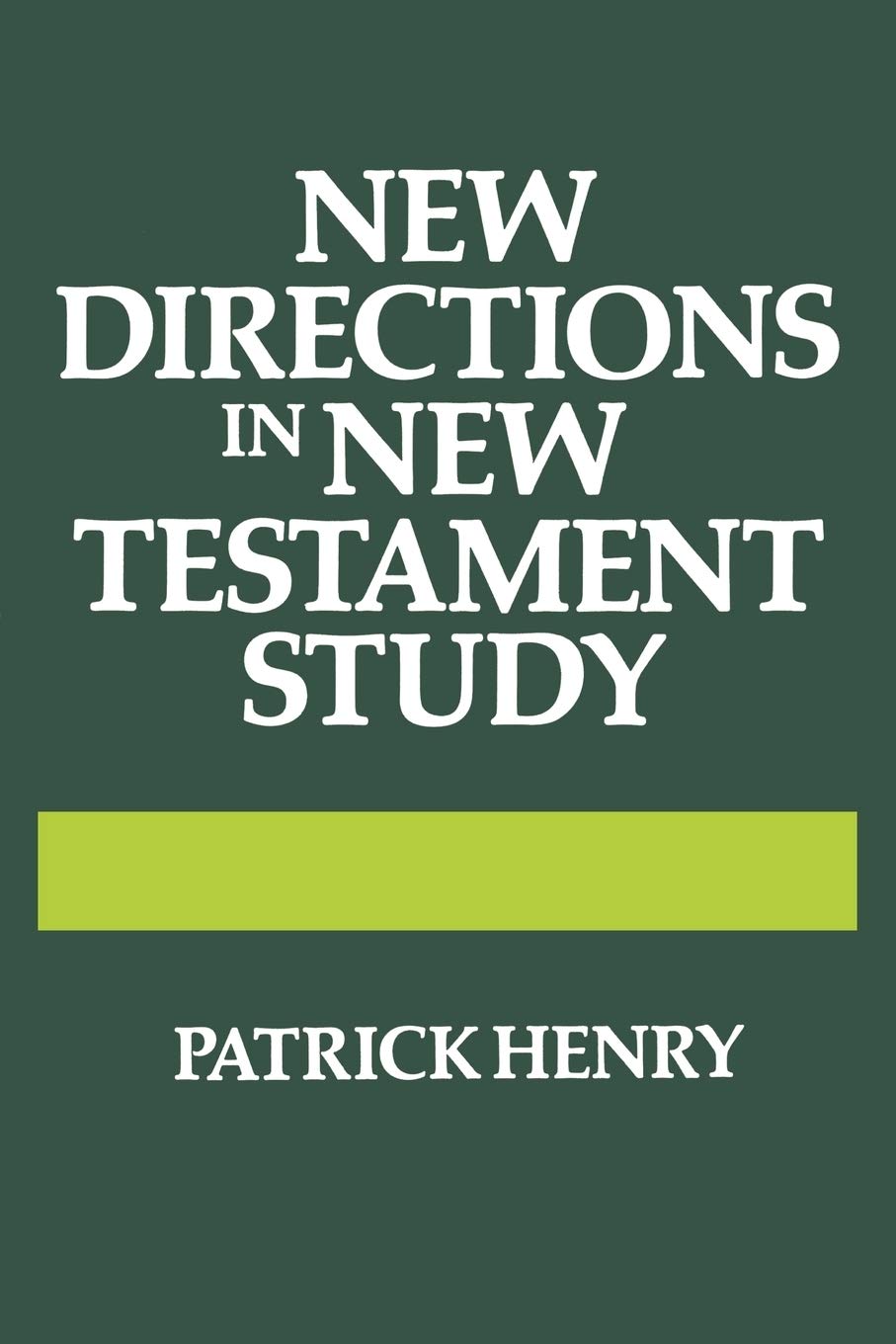 It is more than a decade since any author attempted to survey recent developments in New Testament study. Small wonder, given the vast amount of literature produced on the subject and the complexity of the issues involved. No worthwhile survey can still adopt the approach common in the mid-sixties, when commentators could content themselves with reporting the latest on Q or the authorship of Ephesians or the reliability of Acts. New Testament study is no longer an isolated discipline, and an appreciation of the present scene requires attention to the influence of sociology, psychology and the liberal arts on research as well as a wider knowledge of first-century Judaism and a new climate in ecumenical biblical scholarship.

Dr. Henry has a fascinating story to tell. After setting the current scene he presents the fundamental thesis of his account, that thinking historically is vitally important and has positive implications for spiritual life. Arguing that several of the questions with which Christians are concerned today were already apparent in the early years of the church, he goes on to discuss major religious, cultural and intellectual factors in the shaping of early Christianity, Judaism and Gnosticism. After chapters on Jesus and Paul come evaluations of sociology, comparative religion and psychology and an account of the astonishing development of Roman Catholic scholarship in the past thirty years. The book ends with a consideration of present and future implications of these developments.

“Each year at least 450 books and many more journal articles on the New Testament are published, according to Patrick Henry. Such an outpouring makes a careful summary of trends useful to scholars and indispensable to non-specialists. Dr. Henry's survey is well organized. Its language is clear, and the author's opinions, when he chooses to express them, are argued briefly and logically. The result is a volume which is a trustworthy guide and at the same time a pleasure to read and reread.

“Throughout my reading and rereading of this book, I rejoiced that here at last is a compact, dependable guide to the studies now going forward. I do not know how many times I have read the New Testament, but now I am reading it again, with new understanding and gratitude.”