For the Sake of the World: The Spirit of Buddhist and Christian Monasticism 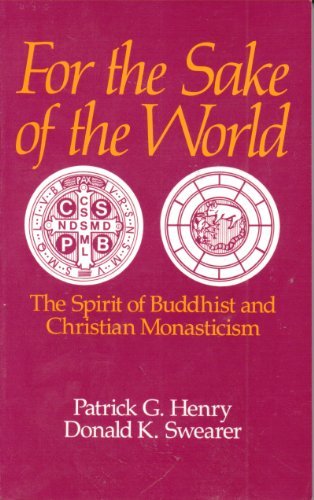 For the Sake of the World: The Spirit of Buddhist and Christian Monasticism (coauthor with Donald K. Swearer). Minneapolis: Fortress Press, and Collegeville, Minn.: The Liturgical Press, 1989.

“Reading this book was a very enjoyable and profitable experience. When I finished I not only knew more about monasticism in its Buddhist and Christian expressions and understood it better but I had also been encouraged to be ever more dedicated to its ideals. My appreciation for the variety of personal and institutional expressions of its vision was expanded. Actually, I started with the last chapter, attracted by its title, ‘Habits of the Monastic Heart.’ Immediately I was drawn by its anecdotal beginning and the authors’ respect for the ‘essentially elusive,’ ‘mysterious’ reality of monasticism which, as they say, is often expressed by its practitioners’ inability to say exactly what a ‘good monk’ or ‘good nun’ is, never venturing to define one but rather telling stories to illustrate what they mean. The core of this chapter, ‘habits of the monastic heart’ which offer hope and challenge to today’s world, gave me some fresh new insight into the importance traditional monastic values have for today’s world.”