Flashes of Grace: 33 Encounters with God 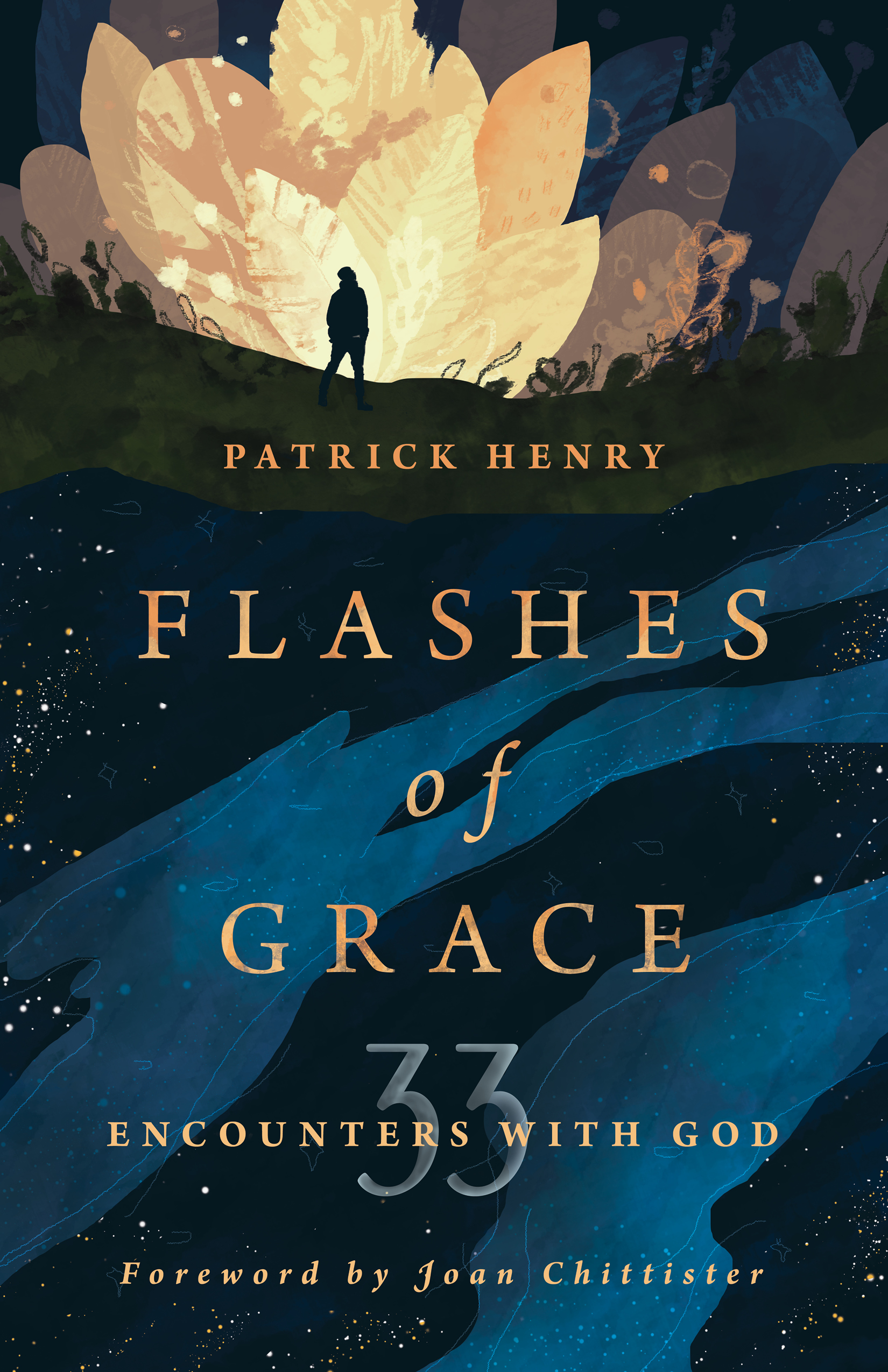 “I don’t know how to say what the grace of God is. What I can say is what it’s like for me.”

We all know about grace being amazing—after all, there’s a whole song about it—but Patrick Henry reminds us that that’s not all it is. It’s also intimidating, disorienting, demanding, reassuring, and sometimes even just downright mind-boggling. Describing thirty-three different aspects of grace based on his everyday experiences, Henry tells the story of a grace that is wide-ranging and comprehensive—if not always comprehensible. Rather than trying to capture and tame his encounters with God, he lets the mystery of memory speak for itself, exemplifying his mantra that being a Christian is about being “an explorer, not a colonizer.”

Flashes of Grace is wise and grounded, earnest and light, faithful and quirky. Henry describes encountering grace in airports, baseball, hazelnuts, and just about anywhere else you can imagine, while engaging with dialogue partners ranging from King Saul and Saint Augustine to Yogi Berra and Captain Picard. For anyone longing to connect (or reconnect) with God, this book provides a surprising journey that broadens perspectives and explores strange new worlds, while loosening stiff spiritual joints so movement can be free and spontaneous.

“This book stands as a profound look into the mirror of a soul who has been brave enough, wise enough, honest enough to follow the path expected of him up to the beginning of his real self and how he dealt with each idea along the way. Some elements and ideas on this soul’s journey confirmed what he had always known. Some tore him away from his roots and gave him new life. The life that came out of a life so acutely dissected comes from the kind of honesty that will give you, too, a way to look at your own self and all its twists and turns. It will pull you like a mountain climber’s rope up the North Face of your soul. It will stop you in the process of falling. It will show you that every path is eventually the right path.”
— Joan Chittister
from the foreword

Patrick Henry, retired executive director of the Collegeville Institute of Ecumenical Research in Minnesota, reflects on how he found varied facets of God’s grace in things simple and complex, ancient and modern. For his new book, Flashes of Grace: 33 Encounters with God (Eerdmans, out now) he looks everywhere — from Christian patriarchs such as Saint Benedict of Nursia to Katniss Everdeen, the fictional heroine of The Hunger Games, to Star Trek’s Captain Jean-Luc Picard.

PW  talked to Patrick Henry about mystery and marvel and “loosening the spiritual joints.”

(This conversation has been edited for clarity and length)

What prompted you to write this book now, at age 81?

This book emerged after I suspected I didn’t have anything more to say. I had published The Ironic Christian’s Companion (Riverhead) in 1999 and thought I’d said all I needed to. Flashes of Grace got its jolt into becoming a book when I realized Star Trek: The Next Generation was a clue for me about what I consider essential and important about the Christian tradition, a tradition that is the Rosetta Stone by which I try to interpret the mystery, marvel, and glory of the world in which I live.

What about Captain Picard is so telling of your practice of Christianity?

Captain Picard is a listener. He doesn’t just listen, but also pays attention to what the speakers are saying and what they mean by what they say. I believe this is the closest approximation to what I think of as a Christian mindset or attitude.

You describe, rather than define, "grace." Why?

This book sums up what I want to say. If I’m to be remembered for anything, I would like people to say that this is what Patrick, in his long and privileged life, came to understand and would like to communicate about God and his* grace. As I say in the prologue, “I don’t know how to say what the grace of God is. What I can say is what it’s like for me.”

What do you hope your book does for readers?

I want them to come away from this book loosening up their spiritual joints and becoming free and spontaneous in their actions. I like to imagine the book triggering the kinds of memories that ricochet and syncopate through them to feel prompted, encouraged, challenged, and reassured to do this same kind of reflecting.

[*I am quite certain that I did not use a masculine pronoun for God when speaking with the interviewer.]

A gratifying appreciation for the book by Diane Millis at the Amazon site (I especially appreciate her crediting me with a "dialogical imagination"):

In this captivating collection of essays, Patrick Henry offers us a ringside seat as we witness his dialogical imagination at work. Henry shows us how he makes meaning of the grace waiting to be found in disparate sources (from John Stuart Mill to Ally McBeal) and difficult experiences (a parent’s suicide). For all those who aspire to hone their attentiveness to mystery, Flashes of Grace: 33 Encounters with God offers a robust resource for daily devotion (e.g., reading one of the 33 encounters with God each day), as well as a toolkit for small group discussion (inviting us to notice and name where we are glimpsing grace in our own lives).